In 2010, working as part of the relief effort in Haiti following the devastating earthquake, we found ourselves living in refugee camps and faced with the same problem that half the world faces today—namely, a lack of sanitation options. This problem was compounded by the fact that our stoves were providing a low cost option for cooking, leaving households with more money left over for food and eating more. Wanting to ensure that we were not adding to the problem, we set about developing a sustainable sanitation option that could be low-cost, safe, and easily implemented everywhere—the first biochar toilet.
These biochar toilets used the biochar produced by the LuciaStoves through normal everyday cooking. Even our rudimentary prototypes provided an odor free experience with units capable of providing sanitation for up to 50 people. We found that because the biochar did such an effective job of absorbing the odors, people preferred to use our units over the standard port-a-potties that were provided in the refugee camps. From our early prototypes, our toilets have evolved into community restroom options that accelerate the breakdown of fecal matter and make them a more hygienic option than a composting toilet. Best of all, they produce, as a byproduct, clean hot water. This has allowed some people to experience their first hot shower ever.

In our experience, sustainable sanitation is not a matter of reinventing the toilet but simply reinventing how waste is treated. 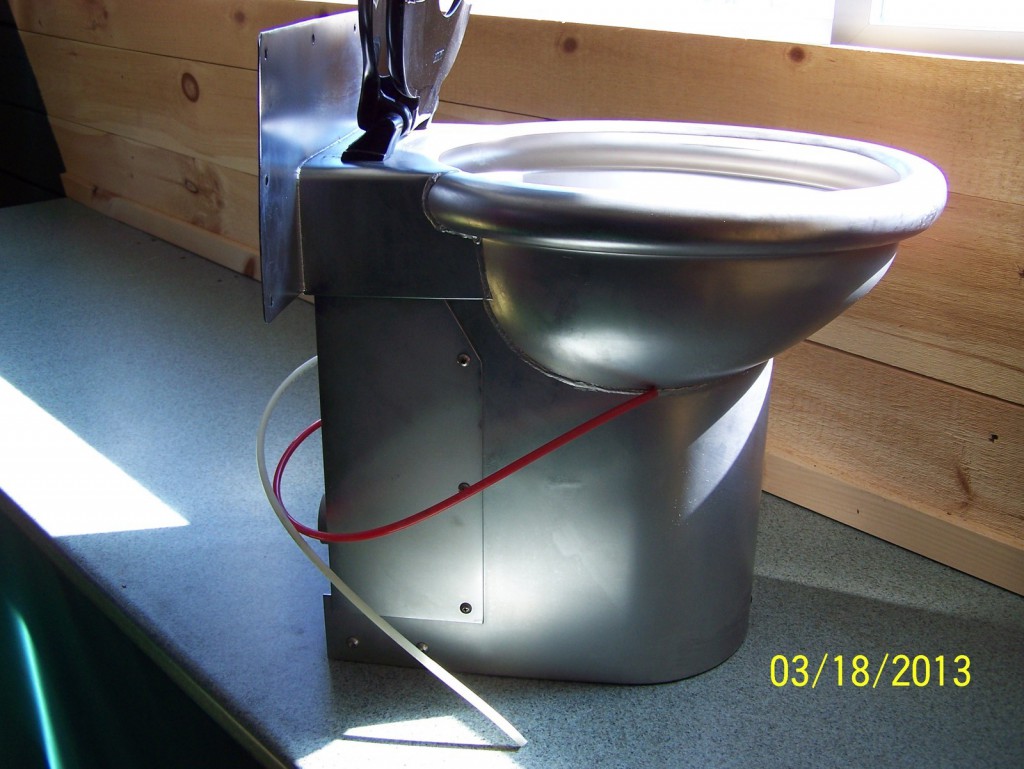 Linking food preparation with sustainable sanitation options leads to self regulating solutions with additional benefits.  As part of our relief efforts, following the tragic 2010 earthquake in Haiti, we became aware of an unintended negative consequence of providing lower cost cooking fuel options.  Lower cost fuels lead to higher family availability of food and thus greater needs for sanitation options.  Linking the sanitation issue to the production of food allows for a closed loop, self-scaling approach.  From our earlier prototypes, current field tested solutions have attempted to take greater systemic approaches with surprising, and unexpected, additional systemic beneficial results.  Lessons learned from our field work have lead to designs not only of technology but implementation methods that are scalable, durable, reproducible and regionally adaptable. Due to the predicted longevity of this solution, while the initial cost may be higher than other solutions, the design results in a lower total cost over the lifetime of the device. The objective was not necessarily reinventing the toilet but localizing and accelerating the processing of waste.
With core components being mass-produced in two centralized locations for assembly in remote locations by local artisans, the initial cost of tooling is absorbed collectively while still providing local labor with opportunities for work. This combines the advantages of mass production of lowers cost and higher precision with the advantages of locally sourced employment thereby maximizing the earning potential for local communities without sacrificing quality or requiring high start-up costs.
It is a great honour that, following our development work started in Haiti when we invented biochar based toilets, WorldStove has been accepted along with groups like FAO and GIZ into the Sustainable Sanitation Alliance!
http://www.susana.org/lang-en/partners
We could not be more overjoyed with the knowledge that now, working with SuSanA, we will be able to empower many more communities throughout the world create their own access to better sanitation.